When You Must Take Your Texas Teacher Certification Exams
Posted by Micah Fikeson January 30, 2023 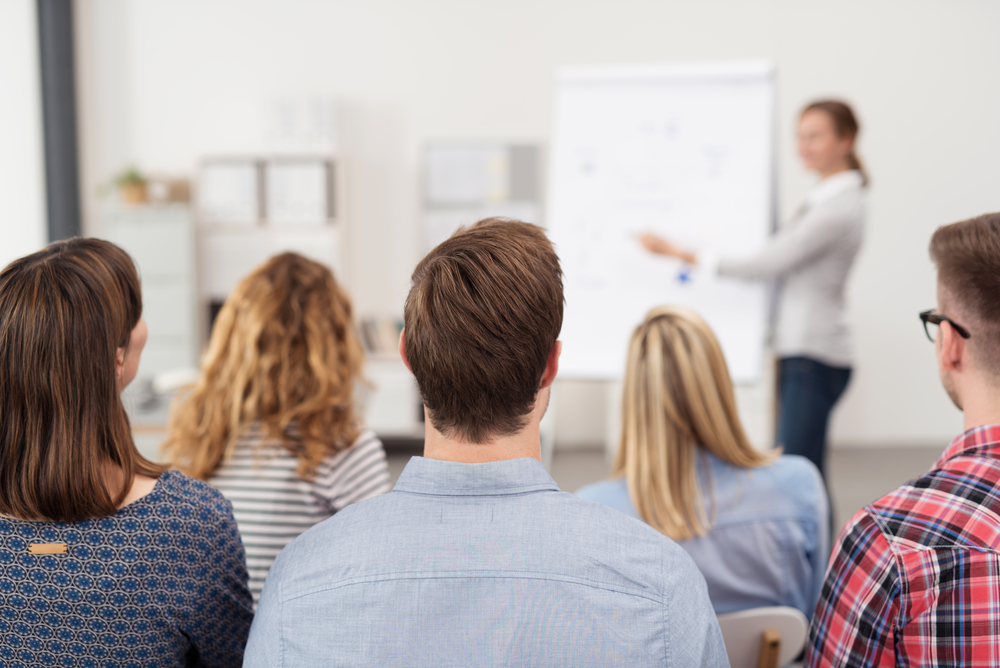 List Of Texas Teacher Certification Tests: What You Must Take To Teach
Posted by Micah Fikeson January 13, 2023 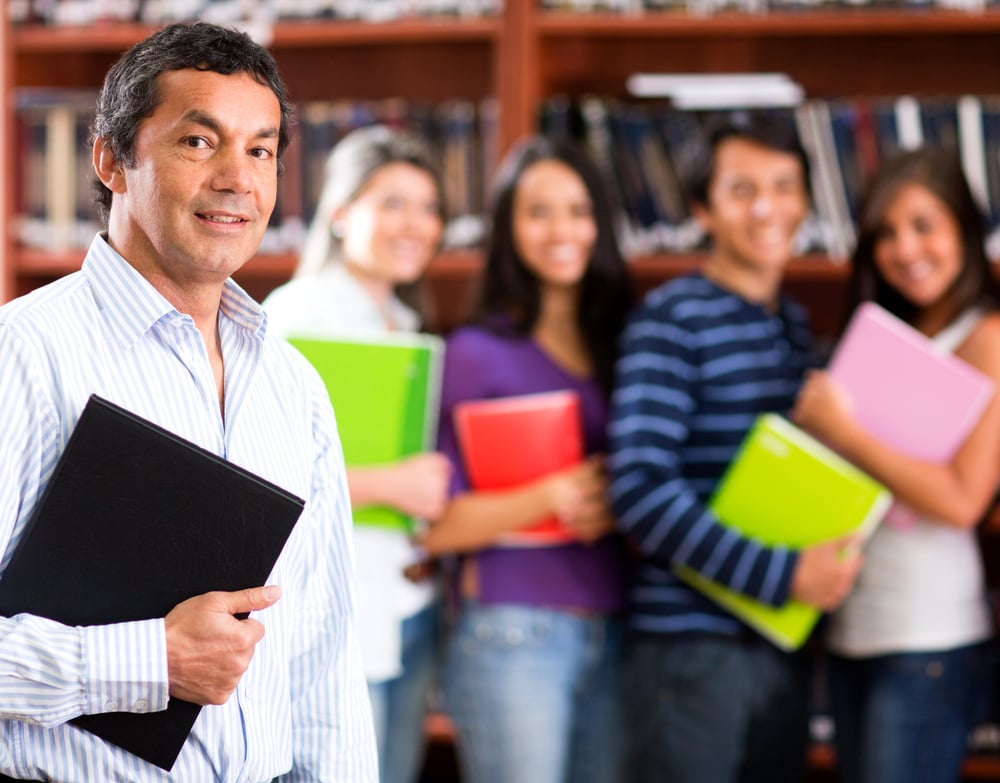 Data collected by the Texas Education Agency paints a much different picture than is portrayed in a recent article written by Emily Donaldson and published by the Dallas Morning News.

Particularly at the end of the article, which suggests that the route to certification has anything to do with today’s low retention rate and teacher shortage suspends all logic. To solve education issues in the state of Texas, we must bring the discussion back to the true problem and address real and recent issues.

We should not deflect from the actual problem by adopting an uninformed focus on our new teachers. Rather, let’s ask why veteran teachers are suddenly leaving in such massive numbers.

As an alternative teacher certification program, we want to ensure that the correct information is available to the public, especially to those who are considering pursuing a career in education. Here is our response, based on facts and hard data, to the Dallas Morning News article.

The Majority Of Teachers Come From Alternative Certification Programs.

The majority of Texas teachers come from alternative certification programs. B​​efore 2015, traditional university programs enrolled the largest number of candidates. But by the 2019-20 school year, the most recent data available, alternative programs produced nearly 12,700 certified people compared to the roughly 8,500 produced by traditional programs that same year. Those on the alternative route are often professionals searching for their second or third careers.

Experts Call Teacher Preparation Landscape “The Most Deregulated In The Country.”

Experts call Texas’ teacher preparation landscape “the most deregulated in the country,” leading to the rapid growth of for-profit programs. The state’s teacher prep program is vast, including everything from traditional university-based programs with weighty standards to entirely online programs that require just a few hours in a classroom before candidates can become a “teacher of record.” The common thread among all the programs is that they provide a pathway to certification. But beyond that, the state is not incredibly prescriptive in how programs should prepare their candidates. The state’s loose rules have led to a proliferation of for-profit companies, the largest of which is Texas Teachers of Tomorrow.

What Is Required To Become A Teacher In The State?

What is required to become a teacher in the state? Texas teachers must obtain a bachelor’s degree, complete an educator prep program, pass certification exams, submit a state application and pass a background check. Texas has more than 120 educator prep programs approved by the state, and the requirements in each program vary greatly. Critics say alternative programs, several of which offer most instruction mostly online, require less of their teaching candidates than university-based programs.

Alternative teacher preparation programs have not solved the teacher shortage in the decades they’ve been operating. They were established to address a shortage in Texas almost 40 years ago. But decades later, the state is still grappling with that problem, noted Cody Huie, the vice president of programs at the Charles Butt Foundation. Huie has studied teacher preparation issues.

“So this idea that alternative certification pathways were going to solve this teacher shortage issue, I think [what] we’ve proven is that it’s actually a failed strategy,” Huie said.

He suggested that state officials examine the root cause of why teachers are leaving the profession or why prospective candidates don’t follow through with jobs as educators. That’s something advocates hope is incorporated into the work Texas is currently doing as Gov. Greg Abbott has charged a task force with investigating the shortages.

Alternative certification has been in place for nearly 40 years. This teacher shortage has not been an ongoing issue for 40 years old. The current teacher shortage is a NEW problem and blaming it on a long-used, tested process does not make sense. 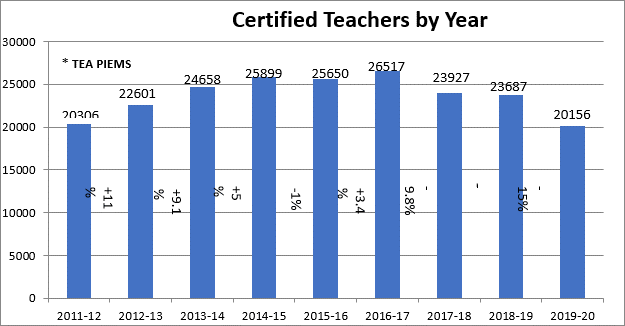 The data below shows what alternative certification adds to education.

Most Minority Teachers hired are certified through the alternative route (53.5% include Asian and “other”).

The last year TEA made available data for certification by area and route to certification in 2017 show that 61% of all Science, Technology, Engineering and Math (STEM) teachers were certified through an alternative route, compared to only 20% through traditional certification.  Alternative certification puts Engineers and scientists in the classroom.

Teachers coming from for-profit teacher preparation programs leave the classroom at a higher rate. The University of Houston conducted a 10-year study examining which teachers left the classroom after beginning careers in 2010. The study broke down turnover rates by educator prep program, finding that those coming from university programs were most likely to stay in the classroom the longest.

“That is a clarion call that there’s a need to revisit what’s happening in the preparation that’s causing teachers to come in feeling underprepared to take on the responsibilities well,” said Catherine Horn, the executive director of the Institute for Educational Policy Research and Evaluation at the University of Houston.

The data given in the article is general and misleading. The full information with actual numbers from the TEA data page tells a different story. The article states that 91% of educators from universities remained in the classroom, whereas only 85% of educators from for-profit programs stayed.

The ACTUAL numbers are listed below. These numbers along with the average age of the graduate from each certification route give a different picture. Listed are the actual data below for you to make your own decision:

“This task force should work diligently to ensure that best practices and resources for recruitment and retention are provided to districts to ensure the learning environment of Texas students is not interrupted by the absence of a qualified teacher,” the governor wrote.

Interim charges for both the House and the Senate task education committees to consider recommendations related to Texas’ teacher preparation programs. Rep. Harold Dutton, D-Houston, who chairs the House Public Education Committee, said it’s time for lawmakers to take a deeper examination of alternative certification programs as Texas spotlights all aspects regarding the teacher pipeline.

“We ought to take every opportunity to do what we can to make sure that those programs that turn out these teachers are quality programs,” he said.

After speaking to several members on the Governor’s task force on teacher vacancy and reading this article, two components are glaringly missing:

In conclusion, the article speaks to teacher preparation as the cause of the teacher shortage, but fails to address the bigger, more important issue schools face: Why are so many veteran teachers leaving education in droves over the last several years? So many teachers have left education that it is now called “The Great Resignation.”